Report on the Northern Pen90s symposium

On Monday, 10 July 2017, I was honoured to host The Northern Pen90s: Interrogating the Curr-ency Collective 1992-1999 at the Burnlaw Centre, one of the main sites of Curr-ency’s original artistic activity.

This was the first time I have ever organised anything in the seminar/symposium format, and despite the limited time restraints we managed to produce a phenomenal event, with a rich array of academic participants from the Northeast and even some of the original members of the Curr-ency collective present. 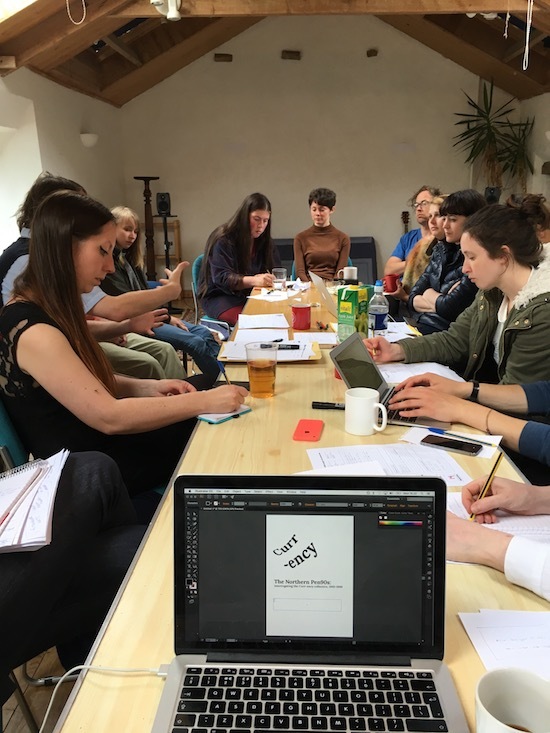 It might seem odd for me to focus on an obscure and nearly forgotten collective, particularly as my work generally challenges conventions of contemporary art discourse, but I feel that Curr-ency’s legacy is more relevant than ever, especially given the turn towards decentralisation and the precariousness of this era of British life (which historians will eventually come to know as the Pre-Corbyn Era). Curr-ency have lingered in obscurity for over two decades, but lately there’s been an increased interest in them, following from the general attention paid to art of that time period (and also, I suspect, because of their unique position as a defiantly rural avant-garde movement).

We had hoped to shed some light on the many mysteries surrounding Curr-ency’s untimely dissolution circa 1999/2000, but primary sources were reluctant to offer much insight, stating (most frequently) that they still found many of their memories too painful to discuss. Respecting this right to privacy, we nonetheless tackled the Curr-ency question from every imaginable contextual angle, somehow piecing together a fragmentary blanket of research topics which I hope can only pulsate, quiver and grow into a larger retrospective in the future.

it was incredible to have original Curr-ency members such as Astrid Asherman and the (now estranged) Rollen and Vivian Micra as participants, and this wouldn’t have been possible without the amazing efforts of Circa Projects in Newcastle. Circa contacted many of the living members of Curr-ency and while most politely declined to participate (if they responded at all), Rollen and Vivian actually communicated for the first time in years  – Vivian called in via Skype – and Astrid showed a long-lost work of hers. 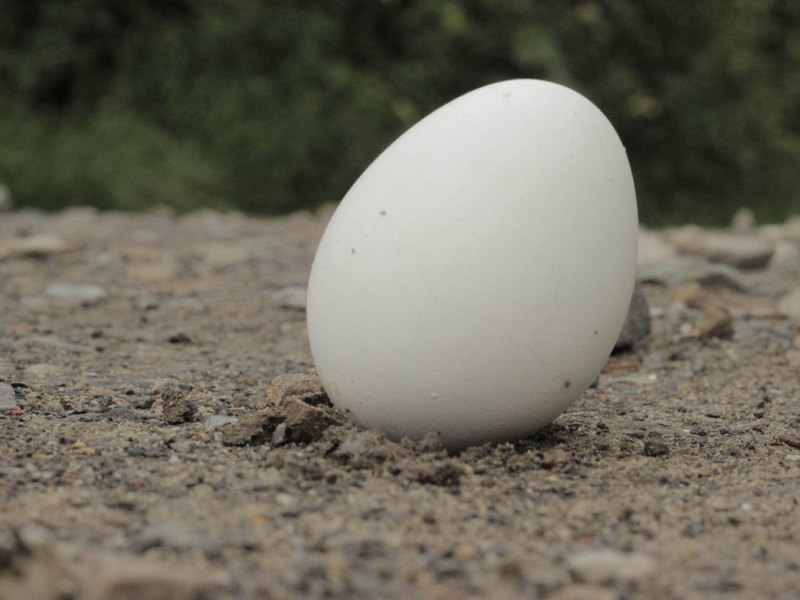 While the Curr-ency artists were the true stars of the symposium, the plethora of insightful researchers we had on site (both academic and independent) were no less impressive. The anthropologist Dr. Winnie Segal presented material on Rocío Quintremil’s work with textiles, Bradbury Telephone from Goldsmiths pieced together the work of an anonymous sound artist connected to Curr-ency, and Dr. Charles Lowrist from Open University Media Studies did a lengthy retrospective on the collective's Winstanley.exe. Winstanley.exe is particularly fascinating as his early net art presaged not just future movements in media art but in popular culture as well; most impressive was his retirement from digital culture in 1995 as he already saw the Internet moving towards a depressingly commercial future. 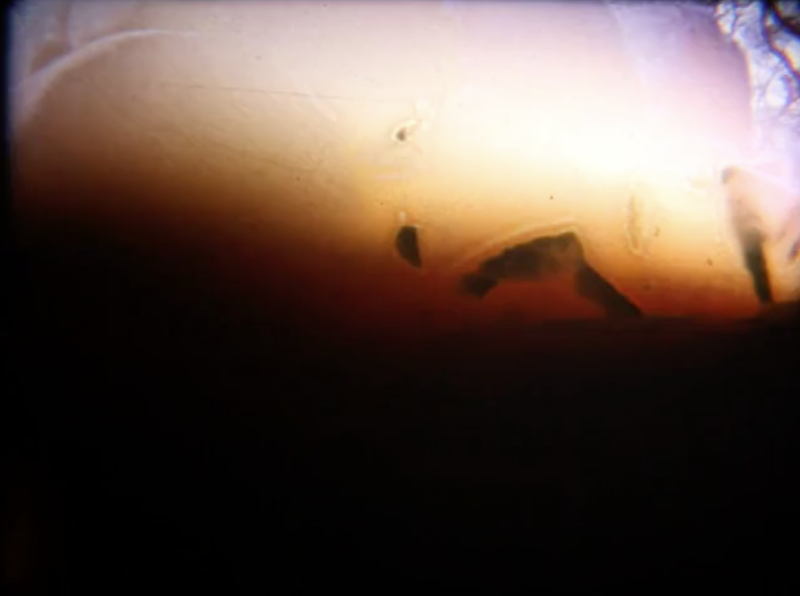 Beyond these traditional presentations, we had some experimental content as well, which was intended to mirror Curr-ency’s own inter-format methodology. The symposium began with Tim Rubidge providing a performative interpretation of a work by the legendary LW, Curr-ency’s most enigmatic artist, whose whereabouts today are unknown. Deanna Smith, Dr. Sybil W. A. H. Gibson and Constant H. Wrae all dealt with the complicated personal dynamics of Jacques Anton (truly Curr-ency’s most divisive figure), his relationship with Evelyn Bauer, and their offspring Keenley-Giovanni Bauer. A representative of Uli Parmsan attempted to convey the story of the animal-related tragedy at the heart of the movement via a musical song-form. Katy Betham interpreted a performance piece of Alice Pottinger’s which had been developed while Pottinger was living at Burnlaw in the mid-90s, and Heather Bonnie Reid performed/demonstrated one of the works of Scott Trotts (considered to be the pariah of the Curr-ency artists).

Finally, Hans Fuchs wrapped things up with a talk entitled ‘You Have More Optimism Than You Think’, but as it was delivered in German I can’t quite say what it was about.

Though I will return to Helsinki shortly to resume my own projects, I hope that The Northern Pen90s will contribute to the growing amount of research and literature surrounding Curr-ency, and that we may usher in a golden age of publications, media and other material being discovered, restored, and made available to the masses.

January 2019: Festival of the Not, Newcastle

Followup to my open letter to the minister of culture

An open letter to the new Culture Minister in Estonia